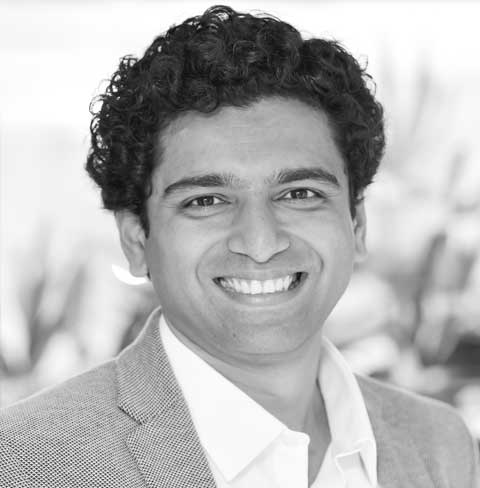 With the intent of integrating, and unlocking the potential of creative and digital technology for out-of-home audiences, Shriranga K. Sudhakara started Vyoma Media in 2007. Under his stewardship, the company has organically grown to become one of India's leading players in the ad-tech industry. Given Shriranga's prolific line of understanding and vision of delivering the right message, to the right audience, at the right time, he and his 150 strong team at Vyoma have made significant contributions in changing the way digital outdoor advertising in perceived in India.
Currently, Vyoma’s displays are present across 17 States at railway ticket counters and metro stations. With a reach of over 130 million people a month and more transit verticals being explored, the overall mission for Shriranga is to reach and engage with all consumers who are on the go.
Having completed his education from the University of Tulsa in 2002, Shriranga started his career with Way2Wealth Securities where he specialised in portfolio management services. During this time, he started to identify and deep dive into the depth and breadth of innovation in the space of digital out-of-home advertising especially within the mass transportation sector.
In 2007, Shriranga's vision to bring a paradigm shift to the industry was realised when he partnered with the Indian Railways and started Vyoma in Bangalore. With innovation and disruption at the core of the company, his long-term vision is to bolster Vyoma Media's reputation of delivering scalable and milestone setting digital out of home (OOH) solutions which are responsive, experiential, interactive and digitally connected. Today, Vyoma has offices across the country in Mumbai, Hyderabad, Kolkata and New Delhi. Apart from being the recipient of a number of accolades and regular participant at various industry events, Shriranga was the only digital out of home representative to be invited at NITI Aayog's Champions of Change initiative by the Hon'ble Prime Minister of India.
A keen sportsman, he also represented India at tennis for the Juniors and played a number of ATP Challenger events.